Some Boys by Patty Blount (A Story about Victim Blaming) 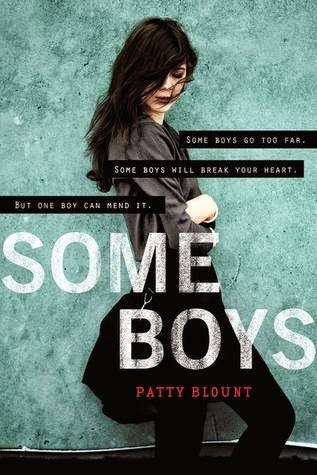 
Some boys go too far. Some boys will break your heart. But one boy can make you whole.

When Grace meets Ian she's afraid. Afraid he'll reject her like the rest of the school, like her own family. After she accuses the town golden boy of rape, everyone turns against Grace. They call her a slut and a liar. But... Ian doesn't. He's funny and kind with secrets of his own.

But how do you trust the best friend of the boy who raped you? How do you believe in love?

A gut-wrenching, powerful love story told from alternating points of view by the acclaimed author of Send.


EVERYONE MUST READ THIS BOOK.


There are a lot of things to learn from this book, it addresses the rape culture problem we're dealing with nowadays. Victim blaming and slut shaming have become very common and this book explains them and their impact incredibly well.

I'd really recommend this book to anyone. You know, it's unbelievable how many times I've heard a man talk about a woman's attire, makeup or looks and say how she's "looking for trouble". And not just that, but women are sexualized in the media to sell anything, but then there's all that blaming and finger-pointing if a woman does something people disapprove of. If a woman is raped, there are a lot of things to consider:

I live in a dangerous country, and you'd think that since a lot of people are robbed, kidnapped, etc., most men would understand why victim blaming is not ok. But no. It's very common to hear "Well, who told them to have their phone in their hands while walking on the streets?" after someone's robbed. I'm pretty sure men would not like it if someone told them that after going through that experience, right? Make it their fault?

Not very long ago I made a presentation in class about street harassment. Most guys didn't see the problem, they said that those men would not rape me right there on the street in front of everyone, that I could just ignore them while they looked at me, followed me and talked about me and my body like I'm not even a human being (even if I'm completely covered from the neck down, with baggy clothes). And they also said that it could be considered flirting... Yeah, having a man I don't even know follow me, intensely stare at me like I'm a piece of meat, say that he'd like to stick it in me and then call me whore for not replying is just so very flattering. He's gonna get my phone number for sure.


This book is NOT exaggerating. It's really depressing how many news I've read about this topic, it's become something big, especially in American colleges. The saddest part about this is reading the comments or listening to what people have to say about these news... Most people start asking questions like those I mentioned before... "Well, if she was 'raped' in her own room, then why did she let the guy in to begin with?"... "She should not have drunk any alcohol, what was she thinking?"... "She was dating him, that can't be called rape"... "Why was she alone with him?"... "Why didn't she defend herself?"... "Does she want to ruin that guy's life?"

According to them, a man becomes a brute when he sees a woman who's "encouraging" him and he just has to rape her. He can't help it, you know.

And that way of thinking is just ridiculous. I have male friends. Male teachers. Male relatives. Should I be afraid of them then? Think that if I stay alone with any of them, they might rape me? Ridiculous.

Also, this happens mostly to women, but there are male victims too. Let's not forget that either. Although, in most cases, I think men have a hard time when they have to speak up, because most people can't seem to grasp the idea of a woman raping a man, since a man shouldn't complain about that, he should actually like it, right? *sarcasm* And if he was attacked by a man, then they're going to judge him in a different way.

The main character from this book goes through victim blaming and bullying. She was raped and is blamed for it. Why? She went to a party. She got drunk. She was wearing makeup, nice clothes and had her hair done. She was pretty.

Well, it can actually be very confusing. Because there are people who blame her and say she was looking for it. And then there's people who say that she wanted it, that it wasn't rape. But in the end, she just gets called slut by everyone.

Now to the book. Spoilers ahead.

Grace is SO. FUCKING. STRONG. I don't think I could have done what she did. The people around her didn't even try to give the story a second thought, they just blindly followed Zac and believed him.


It surprised me to see how it wasn't just the boys treating her like that, but also the girls. If I heard about a woman being raped I would never be mean to her, even if most people said she was lying. Just put yourself in her place. And I especially can't believe her best friends.

And I thought the worst of all was her dad. You don't turn your back on your child just like that and blame them for what happened. What is wrong with you? At least her mom was there for her, although she did say some things that were not very nice, but she was there, especially during the panic attacks.

Something I couldn't get out of my head was how people could believe this guy who would sleep with a different woman every day and, not just that, but who would take pictures of them and/or film them... He's a sociopath, people. And poor Grace's the one who gets blamed for sleeping with countless men, having STD's and what not. Oh and she hadn't even had sex before the thing with Zac.

Then there's the thing with the dress... Why don't they get it? It was amazing!! They say she's provoking men with her looks and looking for it, but then she's the one who says it and she's a liar?? (and a slut, of course). Make up your freaking minds, people!

Now I want to dedicate a few lines to say everything I think about Ian...

What is this guy's problem? I really started to think the concussions were affecting him. He was changing his mind every single time he could. I can't understand how he found a girl in the woods, bleeding, unconscious and think she's making stuff up.

He also states that Grace is off limits, because Zac got "there" first (Yes, there. He referred to Grace as "there")... But hey, Zac slept with that girl from the pizza place that Ian was hooking up with, but those same rules don't apply to him, right?

And Grace, honey, Ian already told you before that he believed you, remember? But then he didn't. And he did call you a slut, he just didn't use that word, but saying that he doesn't want to get an STD from you is pretty much the same, right?

It made me really mad when he started saying that he didn't understand why girls would go and make out with a guy just like that... uhm, hello? Is this still the 19th century? So why can't the girls do what the guys are doing? His friends were actually worse. And then he also complains about girls being liars: "Girls lie. I've seen stories in the news"... Yeah, it's so amazing that boys don't lie, Ian. Damn me for being born a lying creature, shame on me.

There's this part when Zac says: "Why did she do all that, Russel? Why did she do the hair and the makeup and the outfit and the perfume if she wanted me to keep away?" Ian's thoughts?: "That's a really good question. I don't have an answer for it either".

EXCUSE YOU. I know that Grace wanted to look pretty that day because of Ian, but let me tell you a secret... most of the time women want to look nice... for themselves... :O

OUTRAGEOUS!!! AIN'T IT NOT?

Oh and another thing the wonderful Ian says: "Why do girls not get that there's a fine line between looking good and asking for it?"... But he says he's no different from his friends, all right.

Then there's this moment when Grace goes to the cafeteria to have lunch with him, because she stopped going there after what happened... and he treated her like crap. Like crap on the floor he just stepped on and wanted to get off the sole of his shoe.

And let's not forget when Ian's all "oh poor me, the guy in the middle, why, oh why?". Yes, Ian. Poor you. I bet you'd change lives with Grace any day, huh? Because, in this situation, you're in the worst position of all.

But, of course, after messing up time after time, he tells Grace to give him another chance, just one more... And 30 seconds later, when she asks if he's going to be with her in front of everyone, even his friends, he just says: "One step at a time Grace"... uhm what? What was that now?

Grace deserves better. So much better.

The only good thing about Ian? His dad.

Mr Russel was just the nicest person ever!!! I really loved how, after his (married) client was hitting on Grace and wanted her to sleep with him, he actually called the next client to explain the situation and then went there to give Grace a ride home. She obviously refused, so he kept driving slowly behind her to keep an eye on her. HOW CUTE IS THAT. WHAT A WONDERFUL HUMAN BEING.

Finally, the part in the forest... I loved it. I loved it when she picked up the shard and almost cut herself but then didn't. She doesn't need a knight in shinning armor, Ian, see?? She's got herself!! That's another lesson we learn from this book that's amazing. Cutting or killing herself was not gonna solve the problem, and she knows it.

I must admit that I thought that the ending was kinda cute, but I still couldn't like her dad. He felt guilty that he wasn't there for her, so he says all those awful things to her? No. Just no... I did feel a little bit bad for her mom though, now her daughter gets along with her dad and his mistress.

Patty Blount did an amazing job with this, especially since it's about such a difficult topic. I also think that the way she managed to tell the story from two different points of view was great, and it shows us the problem from the perspective of the victim and from that of one of the people who blame her.

After reading this I did another research about the subject and found some statistics that are actually pretty scary. In America, there's supposed to be a rape every two minutes... just in America. And 20% of college women are apparently raped. This reminded me of the girl who was raped in her college dorm room and her attacker wasn't punished, so she walks around carrying her mattress to protest until she gets justice. She's one tough woman, and there are so many like her out there. Of course, she's blamed and criticized like I mentioned in the beginning of this, so sad and frustrating.

Have you read this book or anything similar to it? What do you have to say about this topic?