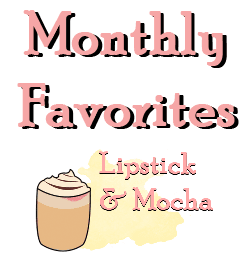 There are a lot of things I want to share with you guys, so I thought I’d make a post writing about them all. These are some of the things I’ve been liking this month…


Taylor Swift – Shake it Off
Well, I bet most of you have already seen Taylor’s new video. I must say I really loved it; it’s fun and Shake it Off is a song with a great message. I’ve talked before about the importance of just being yourself and never caring about what others think of you or what they assume of you, so I think this song perfectly describes what to do in those situations :)

Mika – Live Your Life
I’m a huge fan of Mika, he’s INCREDIBLE. I’ve been loving this song pretty much since it came out; I love the lyrics and the music is just so happy and catchy. And how awesome is that little part in Spanish!! :3 I’ve also been liking his song Boum Boum Boum a lot; when I listened to the lyrics I realized it’s very different from what he usually sings, but it’s very catchy too.

Annett Louisan
Annett is a German singer, and I fell in love with her music after I discovered her a few months ago. Her lyrics are amazing and her voice is just so soothing! Even if you don’t understand German I think you might enjoy her beautiful songs.

TV & Movies
How to Train Your Dragon 2
Weeell, I’m cheating a little bit here. I went to see this in July, the day it came out :) And I have to say I LOVED it!!! I think I actually liked this more than the first one, and I really love that one! It’s just… there were so many dragons :’) it was beautiful. I wanted Valka’s life so bad when watching this! And all the attention Ruffnut was getting from the boys… that was hilarious! Seriously, if I could become a character designer for a movie like this one day (where they wear this kind of clothes and stuff, I mean) I’d be SO FREAKING HAPPY. The Neighbors
This TV show didn’t exactly just come out, but it just started airing here. I don’t know what it is but I find it really entertaining. Maybe it’s because some of the things that happen are so absurd and weird that it’s just very funny. And I do love the alien dad’s accent. Although I don't understand why it's being aired here just now since it's already been canceled in the US. Oh well...

Bienvenidos al Lolita
I think most of you won’t even know this one; it’s a Spanish TV show and it came out this year. It’s about a modern cabaret, and all the people who work there live together and they’re just so close they’re practically family. It’s very cute and funny, I’ve been really enjoying it. Spanish television is incredibly good, I always end up watching their shows. Sadly, this one was canceled too :(

Food
Mini Ice Cream Sandwiches
There’s this place on campus where they sell ice cream sandwiches; it’s just some ice cream between two cookies of your choice, no big deal… just pure AWESOMESS, I SAY. Every time my friends and I go get one of those, we always end up with a little tummy ache… and it’s SO worth it! Since I haven’t had any classes this past couple of months, I’ve started making my own ice cream sandwiches, but in a smaller version. The sad part? I really love coffee ice cream, but it’s been hard to find lately, same with good cookies (you know I live in Venezuela and we’re going through A LOT), buuut just the other day, after weeks of not finding that ice cream, my mom actually found one and brought it home, hurray!! So I’ve been making these sandwiches with small chocolate chip cookies and either coffee or chocolate ice cream. Just look at this beauty… 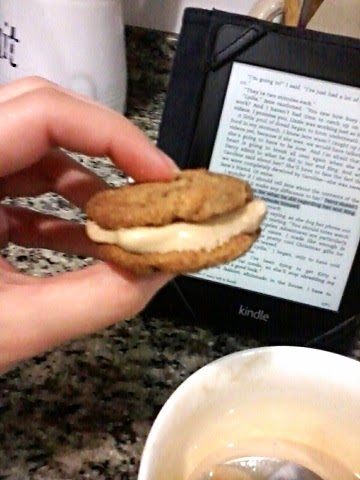 The Iron Fey series by Julie Kagawa
Well, this is no surprise if you’ve seen my previous blog posts. I’ve seriously been enjoying this series; I recently finished the third book, so there’s a review coming soon :)

The Secret Diary of Lizzie Bennet by Bernie Su and Kate Rorick
I just started this one, I’ve been wanting to read this book since I’m a huge Pride and Prejudice fan and I LOVED this show when it came out. I decided to read this before I continue with The Iron Fey; when I’m reading long series, especially fantasy ones, I sometimes feel the need to rest a little and read a nice short book. Atelier Meruru: The Apprentice of Arland (PlayStation 3)
The Atelier games are so much fun! They’re really cute too. I just finished this one today and was so sad about it, it’s just too good. I’ve been writing a review about the first game in the series, Atelier Rorona: The Alchemist of Arland, so you’ll be reading that one very soon :) I might write one for this Atelier game too.

Kitchen Scramble (iPad)
I have to say that I love to play cute little games like this from time to time. I just got it for our iPad and it’s pretty nice, I must say.

Websites
Codecademy
Like I’ve mentioned before, I study Software Engineering. I thought about making these little courses online to practice a bit and learn some new things too. I really recommend this website if you want to learn a little bit of HTML, CSS and things like that :)

Goodreads
Weeell, this is no surprise. At all. I think Goodreads is always a favorite of mine, but I’ve spent so much time on Goodreads lately, adding so many books to my to-read list, it’s insane… I LOVE GOODREADS SO FREAKING MUCH.

Emma Approved
Emma Approved is a YouTube series created by the same people who made The Lizzie Bennet Diaries. I’ve been watching this since it started almost a year ago and I’m really sad it just ended. The actors were perfect and the way the writers changed the story was flawless. I’m going to miss this :(

The Lizzie Bennet Diaries
Uhm well, yeah… I’m rewatching this since I’m currently reading the book ♥. This YouTube series is just too perfect; one of the best ideas someone has ever had… And no! I am not exaggerating!

polandbananasBOOKS
I just found this amazing girl who makes videos about books and their adaptations. She’s hilarious guys, if you like reading you should just subscribe to her channel, like right now. I’ve been watching almost all of her videos (some of them contain spoilers, so I’m staying away from those before reading the books) and I wish I had found her channel before. I feel I can relate to her, and I bet most avid readers do. She just gets it.

Miscellaneous
Mechanical Pencil
Yes. Yes, I’m including a mechanical pencil on my favorites list, what’s your point?
Just look at that lead! That thing is just asking to be drawn with!!! ♥
I went out the other day and when I saw this pencil I just fell in love, for real. You just don’t want to go with me when I’m pencil shopping (or shopping for anything art related, really), unless you’d like to see a girl in her early twenties behave like a little kid who was just taken to the toy shop to pick anything they like... This is also how I get when I’m shopping for books and video games. 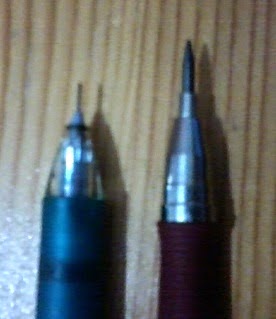