The Selection + The Elite by Kiera Cass 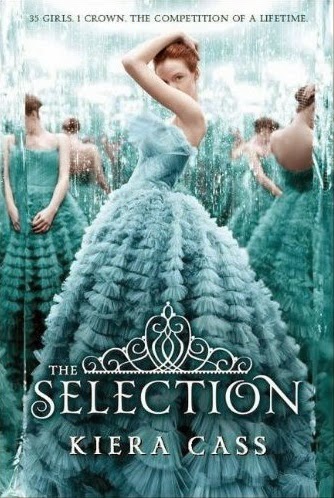 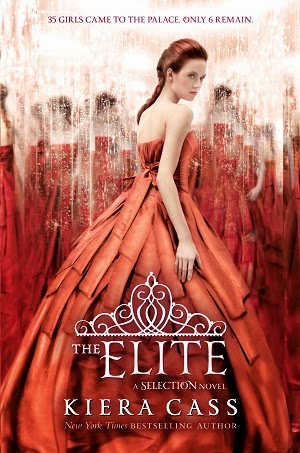 I know I have not been writing lately, if you follow me on Twitter you’d know by now that I live in Venezuela… and things here are not pretty. I decided I needed to let my mind rest for just a little while tonight, so I thought I’d write about these books I read, they’re part of a trilogy, although I found out the third one has not been released yet when I was reading the second one *sigh*…

When I found out about The Selection I wasn’t really sure I wanted to read it, mostly because the synopsis never really caught my attention. It said that the story was about America Singer, a girl who’s chosen to participate in a competition to become the future queen of Illéa aaaand that’s it… Seriously! There are so many good things about these books! And that’s what they tell you! Ugh that’s pretty much what kept me from reading them.

Now I’m going to tell you more about this series... Yes, it’s about a bunch of girls who want to marry prince charming alright, but the thing I really liked is: America doesn’t want this; she enters the competition against her will.

So America lives in the country of Illéa, formerly known as The United States, where all people belong to different castes: there are eight castes in total, the lower the number, the better your life. She’s a Five and is in love with a Six, which is a big problem, because marrying someone from a lower caste would make her life even worse than it already is. One day America and all the other girls of a certain age get a letter to participate in the competition to become the future queen of the country, by marrying the prince of course. If she wins she’d automatically become a One, she could actually become a Three just by participating. Her loved ones want her to take part in it, so she fills in the form that comes with the letter and gets picked… which you already knew because if not, there wouldn’t be any books to read!

Once in the palace she tells the prince she does not mean to marry him, so they become friends… but this does not last very long. Another cool thing nobody talks about is that there are rebels who break into the palace every now and then! Sometimes even killing lots of people.

When reading these I couldn’t help but think about The Hunger Games, the castes reminded me a little bit of the Districts.

I have to say really loved the first book (The Selection) and I found the second one (The Elite) was also good, but not that great, there were a lot of things that did upset me a lot and I didn’t love the ending. Something I like from The Selection is that everything you wanted America to do or say DID happen! I couldn’t believe it, every time I was shouting at her to do a certain thing, she did. Magical. In The Elite… not so much.

I can’t wait to read the third one to know what happens next! :3

Have you read ever read or heard about these books?