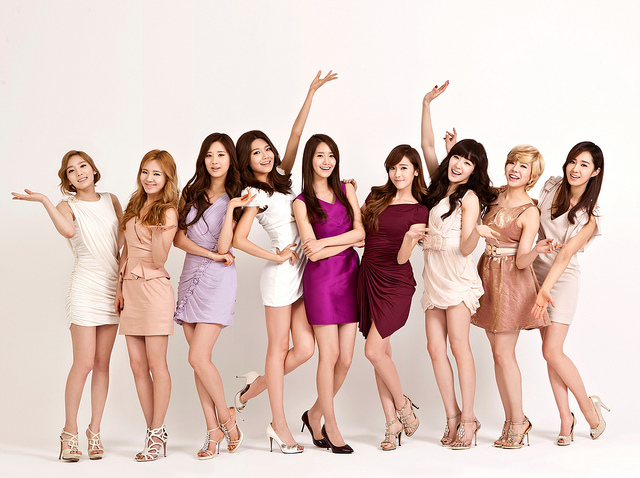 
KPop is really big these days, and rightly so, if you ask me. I actually started listening to JPop and JRock many years ago, since the Dramas (Asian TV shows) I watched first were Japanese, but then I started to get into CPop and then finally into KPop (it's been a long journey). So I thought I would share my favorite KPop bands with you today! :)

Girls' Generation - I Got a Boy


My favorite members: Jessica and Yoona

What I like the most about KPop is the girl groups, they're very fresh, original and also inspiring. Girls' Generation is definitely the best known KPop girl group out there, they even won "Video of the Year" at the 2013 "YouTube Music Awards" with this video I'm sharing with you (I can't believe it's been 3 years already, what!).

My favorite members: Krystal and Amber


In case you didn't know, Krystal is Girls' Generations' Jessica's younger sister (yes, I love them both) and they're actually American. Something really cool about f(x) is that it's pretty much an international group, its members are all either American, Chinese or Korean. This is kind of common in KPop bands though, but f(x) is such a small group that I wanted to point that out.


Miss A is a South Korean-Chinese girl group, and the reason I love them is because their music is usually so empowering! They also have the catchiest songs ever, it's so difficult to get them out of your head!!


These girls are cool, their videos have the best visuals and they're very expressive singers. When I think about KPop, they're one of the first groups to pop into my head.

My favorite members: Taemin and Jonghyun

Another band that I think represents KPop quite well: great music, dancing, visuals and style. I find it really difficult to like all the songs of a band/musician, but most of SHINee's songs are just incredible!

When I first knew about Super Junior, I was surprised to see how many guys they were! Although after Japan's AKB48, I find it very difficult to be surprised by things like this, to be honest. The choreography for this song is amazing and they all do a wonderful job, and pretty much all of their songs make you want to get up and dance.

This is one of the first KPop bands I listened to, since the first Korean Drama I ever watched was "Boys Over Flowers" and not only does the soundtrack include some of SS501's songs, but Kim Hyun-joong also plays the role of Hanazawa Rui (one of the main characters, if you don't know the series).


Well, IU is not a band, but since I'm talking about KPop, I just couldn't leave cute, little IU out. Her music is incredibly sweet and she sings like an angel. I find it very hard not to like her.

And there you have it! My favorite KPop bands at the moment. I hope you enjoyed reading this and that you found something to your liking :) Take care!


Do you listen to KPop? What are your favorite bands?

Thank you for reading! ♥
Posted by Carla @ Lipstick and Mocha at 3:55 AM