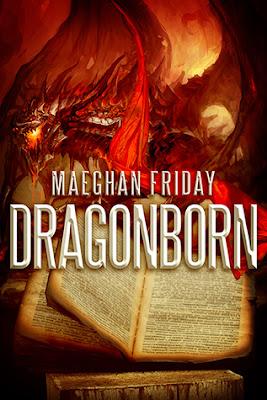 
Prince Ben and Princess Cecily are dragonborn. Since birth, the brother and sister have shared a body, shapeshifting from one form to the other each sunset. In exchange for this magic, they have been promised from birth to a mysterious dragon, who is set to collect on their twentieth birthday, which is now just weeks away.


With the help of two tutors, a bodyguard, and a foreign princess, they must find a way out of the betrothal, delving into their kingdom's history and learning to harness their magic – all the while challenging the kingdom's laws and restrictions on love.

Because of the magical powers of a dragon, Prince Ben and Cecily have been sharing one body since their birth. Although it's not always the exact same body. They go through a painful transformation every night: one day they're Cecily, the next they're Ben, and so on. The one who doesn't have control of the body is still present in their head, meaning that they can both share their thoughts.

Cecily and Ben are very different from each other: he's a scholar and she loves adventures and action, it's her dream to become king (both men and women can be king) and return the kingdom to what it once was before the conquerors. Sadly, that's impossible for Cecily, since her parents consider her a curse and acknowledge only Ben as their child.

In their kingdom, it is against the law to be in any other kind of relationship that doesn't just involve one woman and one man. And magic is also looked down upon by the royalty, which is why the king and queen hate Cecily, and are doing everything they can to separate her from Ben and destroy her.

Another important thing to keep in mind is that, since the moment they received the dragon's magic, Ben and Cecily are both betrothed to that same dragon, who's going to come for them on their twentieth birthday, which is only a few weeks away. If the people involved in the engagement are not married by the set date, their hearts would stop beating.

I really liked the concept of this book and it was very well done, it's definitely a very unique story, although I'll admit that I started to get lost with the polyamorous relationships at some point.

I found it very interesting how they tried to eradicate stereotypes, there's even one character who doesn't identify as a man or woman, so, instead of using pronouns like "he/she", "him/her" and "his/hers", this person would prefer to use "jee", "jem" and "jeir", to keep it neutral.

If you're looking for something different to read, then you might just give this try. I can say for sure that I had never read anything like this before.

What do you think of this story?